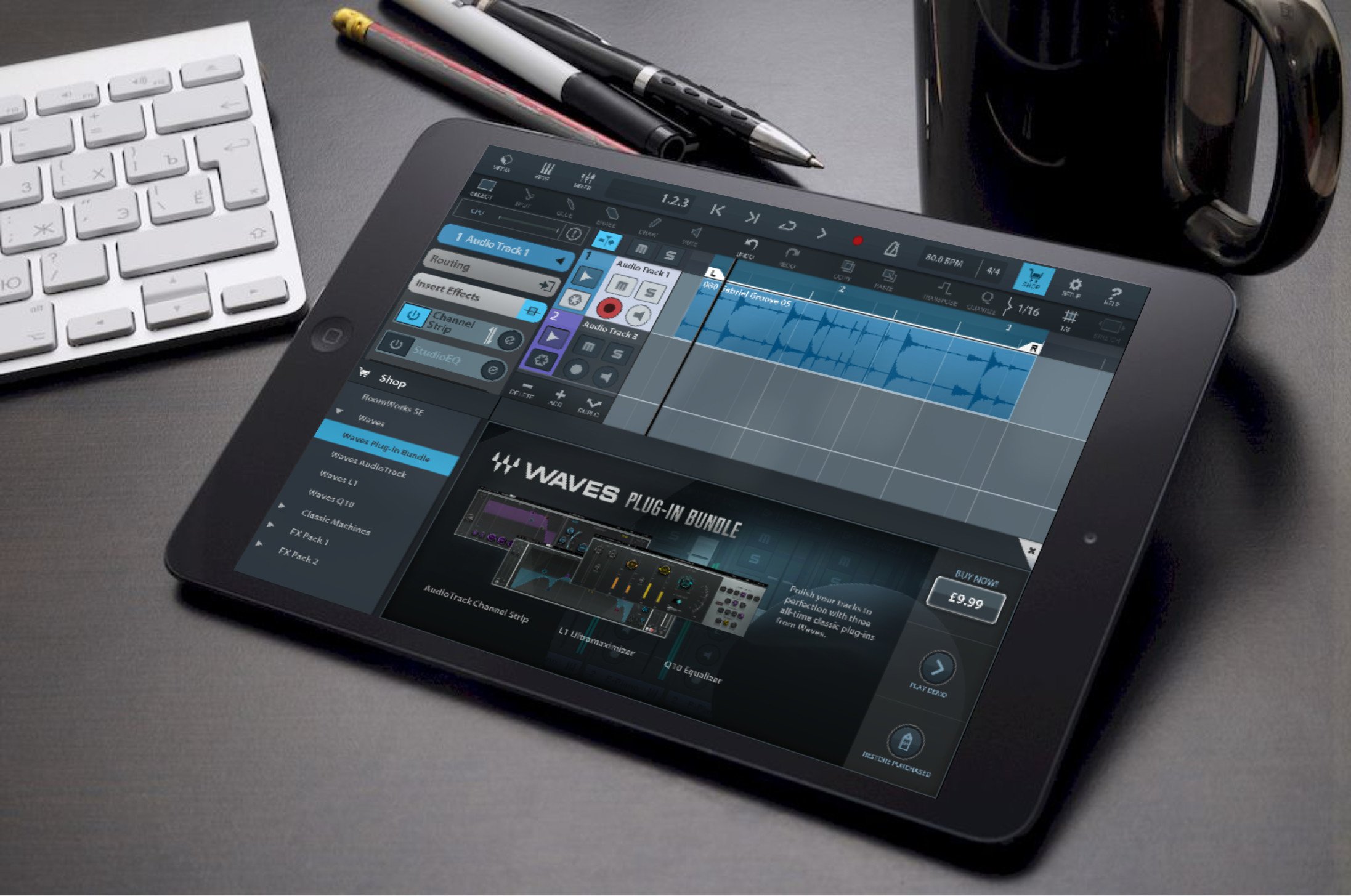 Back in November 2017 Steinberg announced an update to their popular iOS DAW application, Cubasis. But one feature in particular has made waves (sorry…) amongst iOS musicians. Three Waves plugins are now available as in-app purchases inside Cubasis. The plugins in questions are:

This news has some potentially massive implications for the future of music production on iOS. Until now, Waves plugins have only been available on desktop, so the prospect of their plugins being available on iOS is incredibly exciting. At this current moment, the Waves iOS plugins are only available inside Cubasis, so it remains to be seen if they will ever be available for other iOS DAWs or whether there will be more Waves apps for iOS in the foreseeable future.

So, what is it that’s so exciting about these Waves iOS plugins? Well, if you’ve done any music production on desktop then you’ll have heard of Waves – as one of the highest regarded desktop plugin developers their products can be found in the arsenal of bedroom hobbyists and big name producers alike.

Currently, the majority of Audio Unit plugins available for iOS have been built by small developers, so to have a major desktop plugin manufacturer direct their efforts towards iOS could potentially persuade others to do the same.

However, Waves aren’t the first big name desktop plugin developer to make this move. FabFilter have done a similar thing by making six of their plugins available as in-app purchases inside Auria Pro. However, like the Waves iOS plugins only being available inside Cubasis, these FabFilter plugins are only available inside Auria Pro. This is understandably frustrating if you use a different mobile DAW. However, the fact that these big name companies are experimenting with iOS can only be a good thing.

Having big names producing plugins for iOS is the next step in making mobile music production an alternative to desktop production. Several years ago you could have been forgiven for thinking that using mobile platforms for music creation is just a gimmicky bit of fun rather than an effective method of music creation. However, mobile DAWs have come a long way since then. With the introduction of Audiobus, Inter-App Audio and AUv3 apps combined with the ever improving processing power of mobile devices it’s more than plausible that iOS will one day offer us a viable alternative to desktop music production. What’s not to like about having a fully functioning studio in your pocket? Waves’ iOS plugins represent yet another step closer to this becoming a reality.

It’s unlikely that mobile DAWs are going to replace their desktop counterparts any time soon, but the increased convenience of using mobile platforms is certainly an appealing prospect for many producers and if more desktop plugin companies follow Waves’ example then music production on iOS could have bright future.