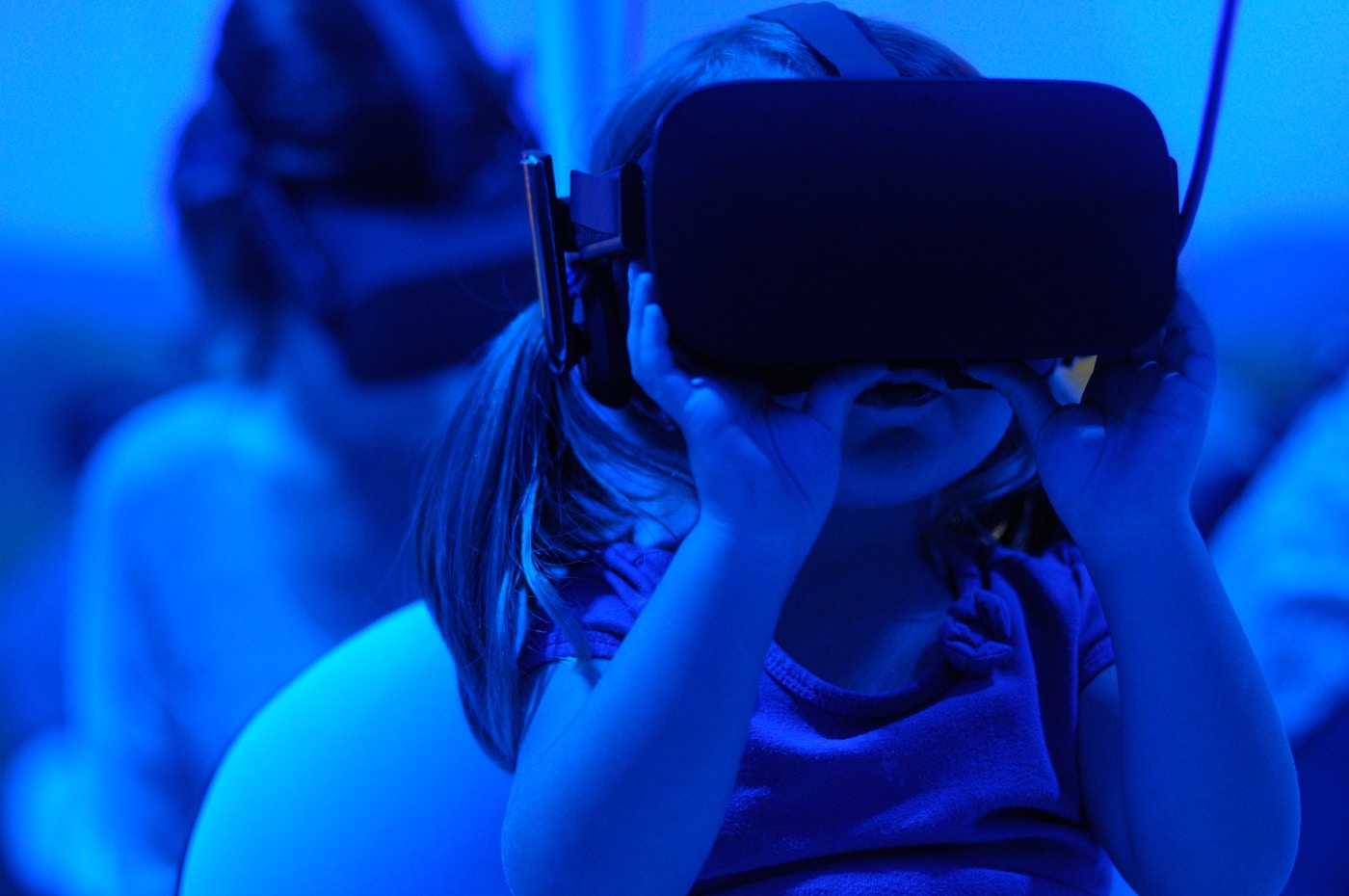 What is 3D Audio?

Close your eyes and take a listen to the sounds around you. The rumble of traffic, a phone buzzing, or your colleague tapping on his keyboard. Whatever it is, you’ll just instinctively know where that sound came from. At all times your brain is locating and identifying sounds to build an auditory model of the world around you. 3D audio essentially uses the psychoacoustics behind how we pinpoint sounds to ‘trick’ our brain. This allows us to create realistic spatialisation effects through headphones. If you can’t imagine this, put on some headphones and check out the video below.

How Does 3D Audio Work?

It’s a cool effect, but how does it all work? Well, with headphones you’ve basically got two separate speakers, one for your left ear and one for your right. Your left ear only hears sound from the left speaker and your right ear only hears signal from the right speaker. A sound that’s louder in the left speaker than the right will appear to be coming from your left, and vice versa. The only problem is that this isn’t actually how you perceive sounds in the real world. So, although you get a stereo image, you’re not actually hearing the song in 3D.

In real life, if you hear a sound coming from your left, it won’t just be louder in your left ear than your right. The sound is closer to your left ear and so it’ll reach it very slightly before it reaches your right. Now, this is something that you’d never be able to consciously notice – the delay is far too small. But your brain does pick up on it and is able to process this delay to tell which direction the sound has come from.

But how about telling whether a sound is in front, behind or above you? This is all to do with the shape of your ears. When sound hits your ear it undergoes a filtering effect. Depending on the angle, the filtering effect will be slightly different. If you’re listening on headphones then this effect is bypassed.

A third element which has a big effect on how we perceive sounds is reverberation. In a large space with hard walls, a church for example, the effect of reverb on sounds is pretty apparent. The sound bouncing off of the surfaces gives us a real sense of space. But almost every sound you hear is subject to reverb of some kind, even if it’s very subtle. This is why spending time in an anechoic chamber (a room with no reverberation at all) feels so unnatural. 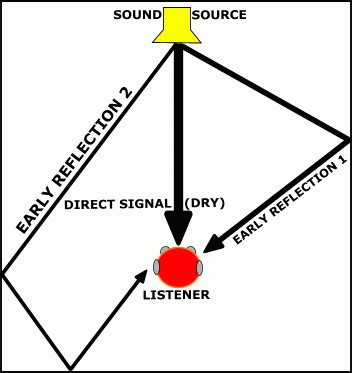 3D audio technology emulates all of this to create the illusion that the sound you’re hearing is actually in a 3D space rather than simply coming out of two speakers on either side of your head. But before you write off 3D audio as another gimmick in the vein of 3D TVs, there’s a number of interesting ways to use the technology.

Unsurprisingly, this technology has some applications in the music industry. Waves, one of the biggest names in music production technology, have been exploring how spatialisation can be used for music playback with their NX software. As you probably noticed in the haircut video above, the effect only worked if you kept your head completely still. The minute you turn one way or another the entire audio image moves with you. Obviously, this isn’t how sound works in real life. So, to get the full effect of 3D audio, the app needs a way of tracking your head movements. The dedicated NX head tracker can be affixed to any headphones to make sure that the 3D audio image stays constant relative to your head movements. 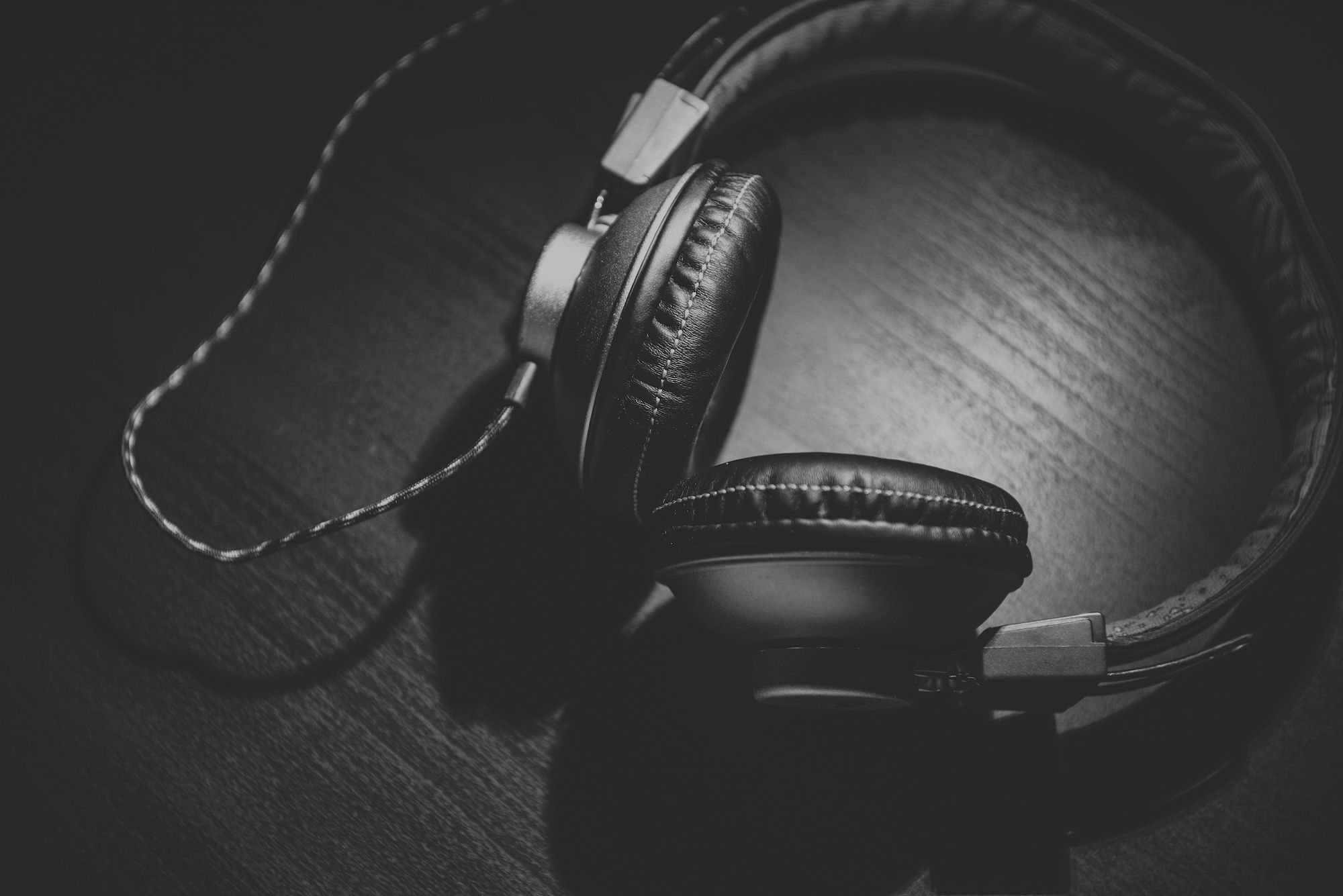 This might feel a little gimmicky, but 3D audio has a clever application for music producers. The general consensus is that when producing, mixing or mastering music, working on a pair of studio monitors is preferable to working on headphones. However this isn’t always practical, which is where the Waves NX plugin comes in. By using either the Waves NX headphone tracker or using a laptop’s built in camera to track head movements, the Waves NX plugin simulates the effect of listening to music on speakers in an acoustically treated room. However, the plugin doesn’t just stop at emulating a two speaker playback system, but also convincingly recreates 5.1 and 7.1 surround sound speaker arrangements. This means that producers can get a realistic representation of their mixes when they haven’t got studio monitors to hand.

3D audio is an essential part of the Virtual Reality experience. The entire point of the technology is for it to be a completely immersive experience, and while the visual side of VR gets most of the attention, it simply wouldn’t work without 3D Audio. You want what you’re hearing to match up with what you’re seeing through your headset for the experience to be as realistic as possible. The headset is able to track your head movements to make sure that the audio image stays in place while you explore your virtual surroundings. 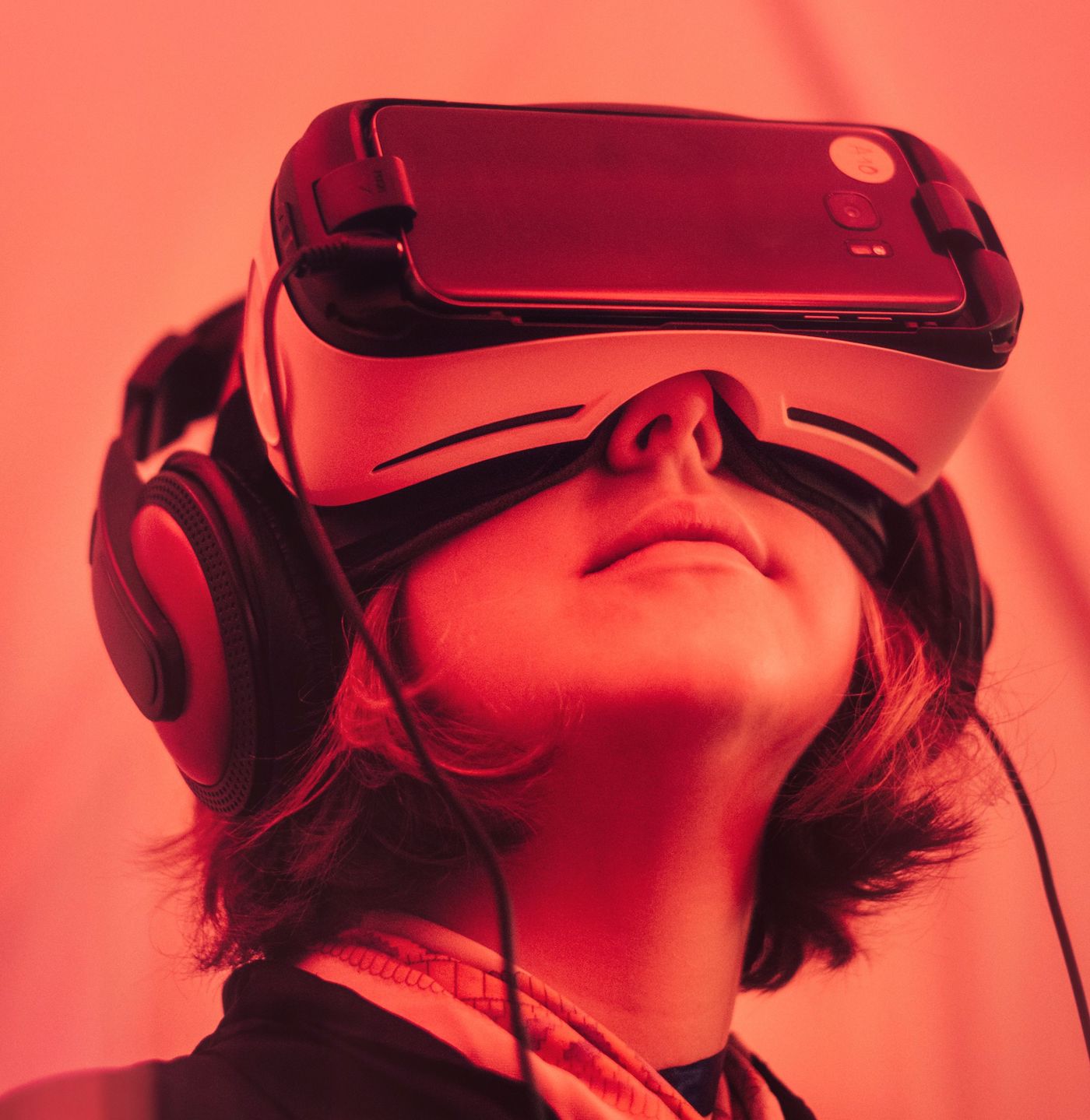 But aside from just VR, 3D audio has applications in the wider entertainment industry, particularly with video games. Although there are plenty of VR games,  some games just use the audio spatialisation aspect. For example, Naughty Dog built in 3D Audio for Uncharted 4, which allowed for a more immersive experience. Players are able to hear sounds in the environment around them and even locate enemies quicker by pinpointing the sound of their gunfire.

Films can also benefit from this technology. Cinemas will likely stick to surround sound speakers, but when you’re watching a film by yourself, there’s no reason why you wouldn’t be able to put on a pair of headphones and get the full 3D effect. 3D Sound One by 3D Sound Labs are custom build headphones that can be used with Windows laptops or iOS devices to watch movies, listen to music and play video games with immersive 3D audio that reacts to your head movements.

Spatialisation has even found uses in the military. Currently, the U.S. Air Force is working on installing 3D audio into their A-10 Warthog aircraft. Pilots often receive multiple audio signals at once. Without 3D audio, these audio streams sound as though they’re all coming from the same place. This makes it difficult to distinguish between different audio messages. As a result, important signals or messages can be easily missed by the pilot. However by using spatialisation, the pilots are able to program different audio streams to appear to come from different points in the 3D space around them. By placing the sounds in different spaces, they’re easier to distinguish between and messages become more intelligible for the pilot. 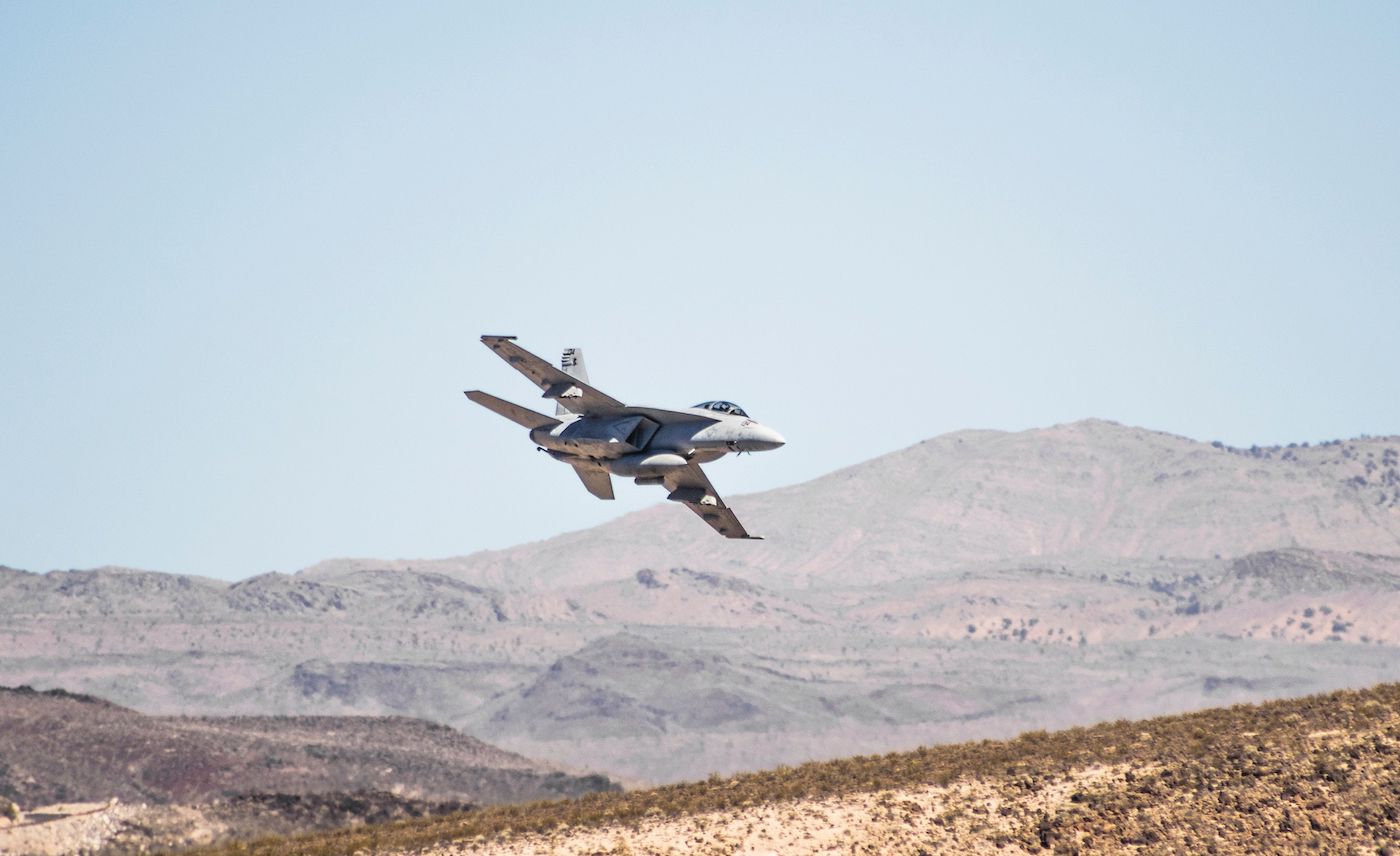 For those with impaired vision 3D audio can be a game changer. While there are plenty methods to help blind and partially-sighted people avoid obstacles, Microsoft have been exploring ways to make navigation easier. By using their Soundscape app, users can follow 3D audio beacons to explore their surroundings. The app gives them information such as street and shop names and uses 3D audio cues so they can easily find their way to their favourite shops and places of interest.

With VR on the rise, many companies are looking at how 3D audio could revolutionise home entertainment. But its true potential is likely to be shown in other industry sectors. Whether that’s through further assisting visually impaired people or making music production easier for producers away from their studios, audio app developers have plenty of options.