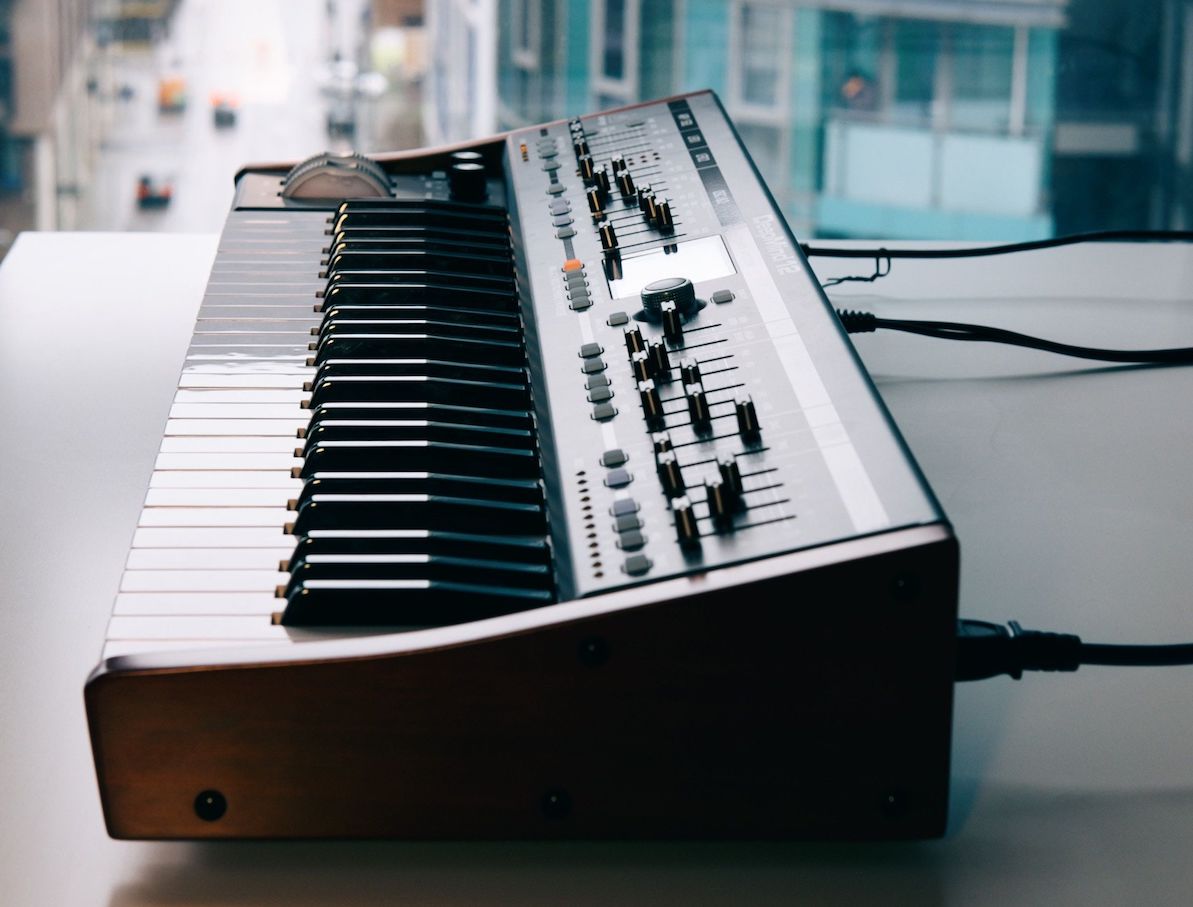 So, if you read through the last part of the Basics of Synthesis you’ll have selected your initial waveform – but what next? The raw waveform by itself isn’t the most inspiring but we can shape the sound by controlling how the volume of the sound changes over time. This is all done with something called an Amp Envelope. Envelopes can be applied to a whole range of different parameters (the synth’s filter is an example of another popular destination) but the volume output of the synth is the most common.

This essentially allows you to control how the volume of your sound varies over time as you press, hold down and release a key. Volume envelopes are split into 4 different different stages: attack, decay, sustain and release, often shortened to just ADSR.

The attack stage is the first part of your sound. Varying the attack value allows you to determine how long after holding down a key that your sound goes from zero to full volume. A short attack will mean that the sound hits at full volume instantaneously when you play a note, while a slow attack causes the sound to fade in slowly.

This phase of the sound follows the attack stage. The decay time determines the amount of time between the sound reaching its peak volume and dropping down to the sustain level.

Unlike the other controls, Sustain doesn’t represent time, but is instead a volume level. Sustain determines the level at which the sound will stay at whilst you continue to hold the note. If you set the sustain to zero, then at the end of the decay time your sound will simply fade out even if you’re still holding down the note.

So how exactly might you use the amp envelope to shape your sound in practice? Well, if you wanted to create a short, pluck-like sound you’ll want to a short attack, short decay, and a sustain level of zero and a short release.

On the other hand, if you’re designing a pad sound then you might want a slow attack so the sound fades in gradually and a long release time.

While applying an envelope is very common on the volume output of a synth, this isn’t the only way that an envelope can be used. ADSR envelopes can also be used to control filters, pitch and a whole host of other parameters, but we’ll save that for another day.  Next time we’ll be taking a look at filters and how they’re used to shape the sound frequencies of your sound.